Last year, on this very date – 17th November, something funny happened. At home.

In order to understand the hilarity of the event, it is necessary to know the topography of the place where I live. The Gulf region is a developed desert, and rain is rare. Urbanism has propelled many countries in the region to source it’s precipitation by cloud seeding – a scientific experiment involving aeronautical procedures in the atmosphere. Sometimes, the results of such aerial activities are not as anticipated. We all obsess over rain here. The excitement of the first shower is akin to the first snowfall in New York Times Square. But our infrastructure, which includes people, has never been prepared for it.

After a long and scorching summer, it is only natural for us to turn restive when mid-November passes with the air conditioners still on in most rooms. The humidity that day was incredulous. My two sisters in law had come over for the weekend and were minding my toddler son in the hall. A day before, the public works had just completed the street lighting decorations for the upcoming National Day celebrations. My windows were slightly ajar, with the fly net closed so that my cats don’t prey on the pigeons that come perching upon the terrace.

In the long corridor, a few rose petals were found. I knew these to be from my room’s spiritual shrine, where my mother in law, as reverence, places either flowers or petals upon it. Assuming my pets were upto some mischief, I quickly entered my room. The scene from the window seemed exaggerated. A swift strong wind was seen bending huge palm and eucalyptus trees across the road onto the main street. Branches had stemmed off and crashed onto roads, bringing vehicle traffic to an unprecedented halt. Debris from construction zones, plywood planks and clothes flew about the air.

There had been no time to think, but acting promptly, I first evacuated the cats from the room, who were resting against the windows on their hammocks, unperturbed by the weather’s gymnastics. It was amusing that they could be unaffected by the goings on outside, and slept cozily through, as though it was some sort of mere entertainment, despite the howling noise and the glass rattling away due to wind speed. I was at one wing of our C-shaped house, so screaming would not help. After getting away with the cats and shutting the door behind me, I rushed to the hall where my oblivious sisters in law were happily dancing to loud obnoxious Bolly music behind closed curtains. With them, my son pranced about. I had to appeal with loud screams, directing them to the back rooms where the windows were guarded by iron grills and could offer some protection than the singular panoramic glass that donned our hall. One of them stared at me but said nothing, and followed my son to the corridor. The other moved the curtains aside – to survey the situation and confirm my theory that seemed inanely fictional. It had been a hot morning with not a cloud in sight. And now I was cautioning everyone against a typhoon. When she saw the lashing winds with it’s tree bending abilities for herself, she peremptorily assured me that our glasses were tempered to handle such phenomenon and deprecated my idea of precaution. That was until just a couple of minutes later, a flying white wooden plank came spinning from the side of our building and crashed into the neighboring apartment windows with such force, we could only pray that no one had been standing by the balconies and had the opportunity to avert great injury on time.

“Get out! Get out everyone! My God! Shut the doors!” Her raucous screams were far worse and comical, and the manner in which she ran for her life was entertaining at best.

Before shutting the main doors to the hall, I glanced one last time at the seemingly insatiable winds. It was a living nightmare for a sultry country such as ours. Beneath the swaying tree tops and shop shades were desperate pedestrians cowering for protection. Drivers abandoned their vehicles and sought recourse in buildings and parking lots. Lightning spewed everywhere, followed by loud roars of thunder. Sirens were a constant. The National decorations that had aligned the lamp posts were either torn apart or twisted, so that their mangled parts were swinging along with other dangerous debris, dispelling all the hard work from the day before.

I checked my phone for any pre-warnings on this weather, usually sent by the authorities to general public, as a cautionary measure but there were none. And rightly so. Two previous attempts of storm warnings were sent via sms, only to have us experience a laughable drizzle that dried up as soon as it poured. That day however, nature had the last laugh.

Fortunately, the damage had not been severe and no casualties were reported. The temperatures fell by 10 degrees, as though winter had descended overnight, and after a few days of picking up the pieces and mending the mangles, the meteorological department acknowledged it’s role in the underestimation of that cloud attraction.

This year, 17th November passed in disappointment, as I obsessively checked all weather information for signs of rain. The summer heat still lingers, the need for air conditioning prevails. In the distance from the sea, the cloudy multitudes arrive with respited hope.

One thought on “Nature’s Call”

What We Talk About 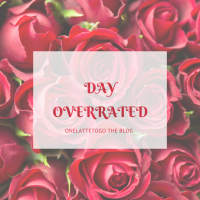 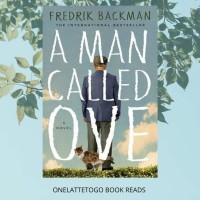